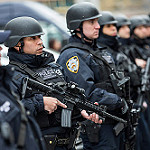 Crime is dynamic and ever-evolving and with advances in technology, travel, and other scientific developments, the legal response to crimes has also evolved. Read on to know more about current and developing trends in the criminal law.

Social networking, video streaming, online banking, to name a few have opened new areas where crime can be committed in cyberspace. This elicited the creation of cyber laws as a response. Other solutions include the creation of agencies dedicated to combat cybercrime and enhancement of international cooperation to apprehended offenders.

Criminal law in the international setting has also been beset by a surge in terrorism that is seen in the spread of violence in different countries, from Damascus to Paris. The apprehension and prosecution of offenders, whether native or foreign terrorists, poses numerous challenges for law enforcement and existing laws.

Policing as an institution is under attack all over the world. Technology has made it easier for the public to engage directly with law enforcement and this has police activity, both legal and illegal, more transparent. Violations by police officers are now easier to record and

disseminate, fueling the unrest and distrust against this component of law enforcement.

More and more countries are pushing for legislation that protects the environment, curb production of harmful emissions and require better environmental decisions from citizens. This is seen in the banning of plastic packaging, prohibition of disposal of edible food and produce, among others, that were passed as legislation in certain countries.

Criminal investigations made more efficient and the improvements in forensic techniques allow for more effective compilation of evidence to support the criminal prosecution. Remote investigations, improved evidence gathering processes, virtual autopsies, remote witness depositions, and the ability to share these techniques with other law enforcement departments nationwide ensure that justice and the rights of suspects, victims, and even offenders are protected.